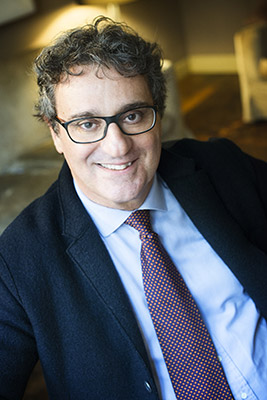 Silvio Levi was born in Milan and after graduating in Organic Chemistry he carried out research activities in various pharmaceutical companies.

He left his scientific career in 1995 to become President of Calé Srl, a distribution company of perfumery prestigious products founded in 1955 by his paternal grandfather, built on a solid experience dating back to the 1920s.

Considered one of the most experts in the so-called Artistic Perfumery, he was the creator and co-founder of events such as Pitti Immagine Fragranze in Florence from 2003, Masterpieces in Bologna at Cosmoprof from 2005 to 2008 and Esxence, in Milan from 2009, referred to as the most prestigious international event in the sector.

He coordinated and published the translation of the books by Master Perfumers Guy Robert "Les sens du Parfum” and Maurice Maurin "La sagesse du Crèateur de Parfums"; furthermore he’s co-author of the book "Leggere il profumo” with Ornella Pastorelli and he boasts numerous articles about the world of perfumery.

Since 2008 he has given life to Calé Fragranze d'Autore with perfumes created under his guidance together with exceptional Noses like Mark Buxton, Maurizio Cerizza and Arturetto Landi and he has combined to the fragrances music pieces specially composed in collaboration with Philip Abussi.

He is also co-founder of the Parisian store Noseparis and in 2020 he established Essencional, a center of excellence which aims to increase knowledge in artistic perfumery and beauty, as well as to promote and support the common values ​​of this sector.